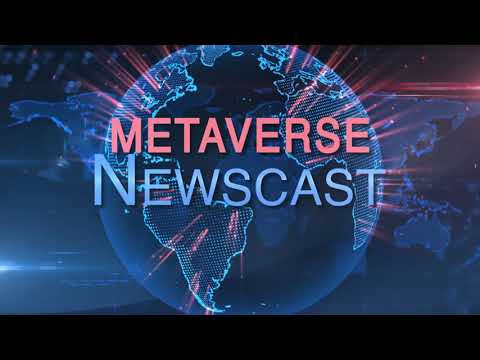 I’m glad to announce that the long-awaited season 2 of the Metaverse Newscast has begun! For our first episode of the second season, I interviewed Jason Moore and Chris McBride of the MetaMovie undertaking! We talked about their newest immersive theatre manufacturing, referred to as Alien Rescue, which I had beforehand reviewed right here (October 2021).

You possibly can see all eight episodes of season one of many Metaverse Newscast right here on YouTube. I first interviewed Chris McBride in episode 5 (March 2019), and Jason Moore in episode 7 (Could 2019) of the primary season, so this new episode looks like reconnecting with previous buddies to see what they’ve been as much as!

I’d wish to thank Carlos Austin, my co-producer and director for this season, together with Victor Posa, who did further camerawork. Oh, and I do apologize for my avatar on this episode! I used one of many mouth-enabled robots from the avatar setup room in Neos, to make use of with my Vive Facial Tracker, however I didn’t notice till after we stopped filming that my avatar’s tongue was protruding a whole lot of the time! (Oh nicely, dwell and study! I’ll in all probability change to a special avatar the following time we file in NeosVR.)

Keep tuned for episode 2 of season 2, an interview with the brand new CEO of Sansar, Likelihood Richie!

Appreciated it? Then please take into account supporting Ryan Schultz on Patreon! Whilst little as US$1 a month unlocks unique patron advantages. Thanks!